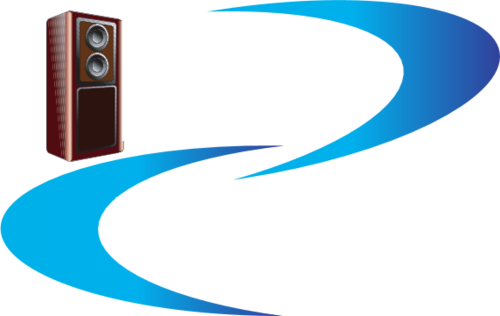 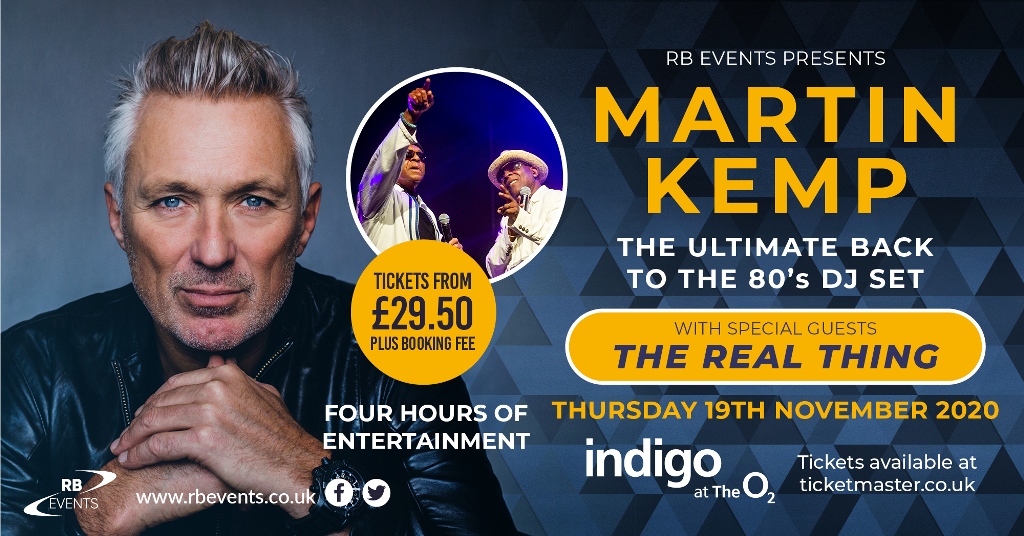 On Thursday 19th November, RB Events presents four hours of non-stop entertainment with Martin Kemp's Back to the Eighties DJ set and special guests The Real Thing live at indigo at The O2.

Martin is an actor, musician and director who sold millions of records worldwide as the bassist in the globally successful new wave band Spandau Ballet with his brother Gary Kemp and for his role as Steve Owen in EastEnders.

Most recently seen on Channel 4’s Gogglebox with his Capital Radio DJ son Roman and Celebrity Island with Bear Grylls, Martin Kemp continues to have a truly distinguished career. n 2013, he finished third in the tenth series of Celebrity Big Brother and in 2017, he starred as a judge on Gary Barlow's BBC series Let It Shine.

Still ever-present on TV today, Martin is also a DJ spinning 80's classics at clubs and festivals across the UK.

Formed in 1972, The Real Thing are Britain’s longest-established - and best-loved - black group in UK entertainment history. Universally known for their legendary hits You To Me Are Everything, Can’t Get By Without You and Can You Feel the Force, as well as their ground- breaking 1977 song, Children of the Ghetto, The Real Thing remain pioneers in soul, funk and dance music.

Original members - Chris Amoo and Dave Smith - are now celebrating over 45 incredible years in the music industry, and they’re still going strong, playing hundreds of gigs across the world.